Last Saturday we went on an all day tour around the Oahu island. This tour was for BYUH students. (I love how Daniel and I get to do all these cool things for really cheap since he's a student). We loaded the buses at 7:45, bright and early in the morning. Our first stop was:
Valley of the Temples
Memorial Park 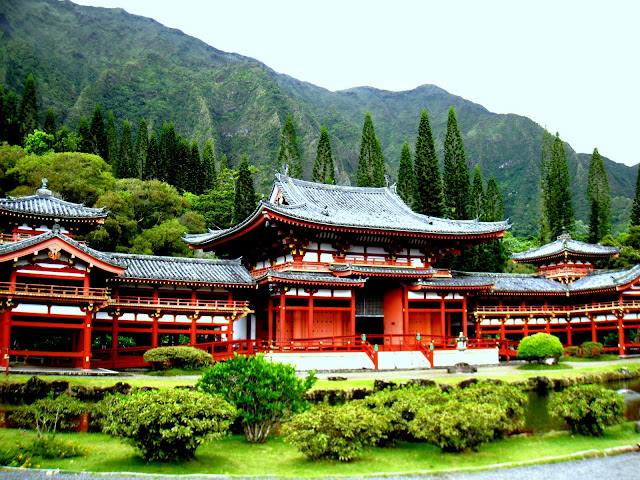 This is the Byodo-In temple, located at the center of a cemetery. This temple was built to commemorate the 100th anniversary of the first Japanese immigrant to Hawaii. It is a replica of the Byodo-In temple in Uji, Japan.
The temple was surrounded with hundreds of Koi fish swimming in the water. 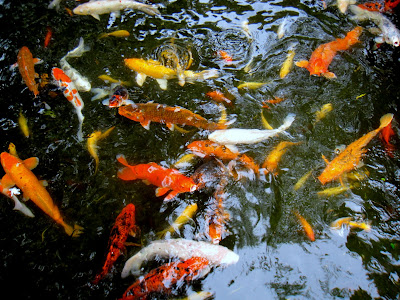 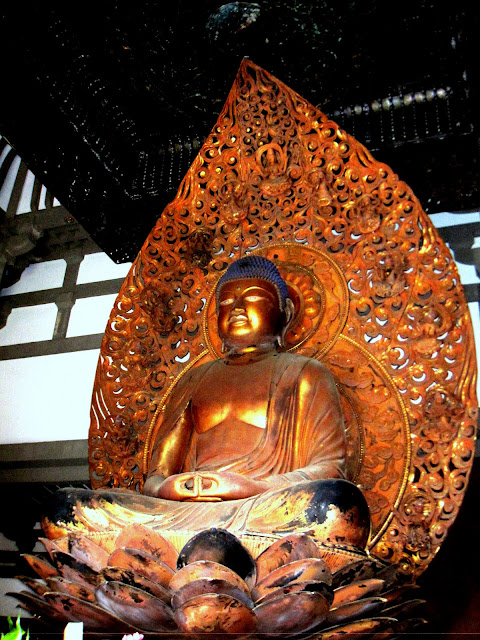 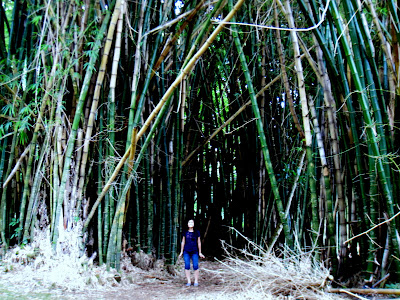 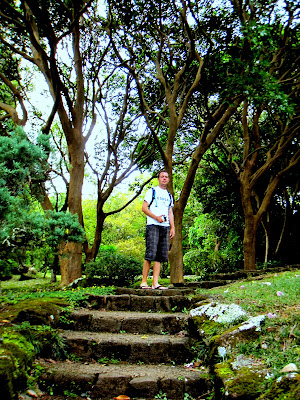 Our second stop was the Swap Meet!
A swap meet is basically a huge flee market. You can find all sorts of stuff here! 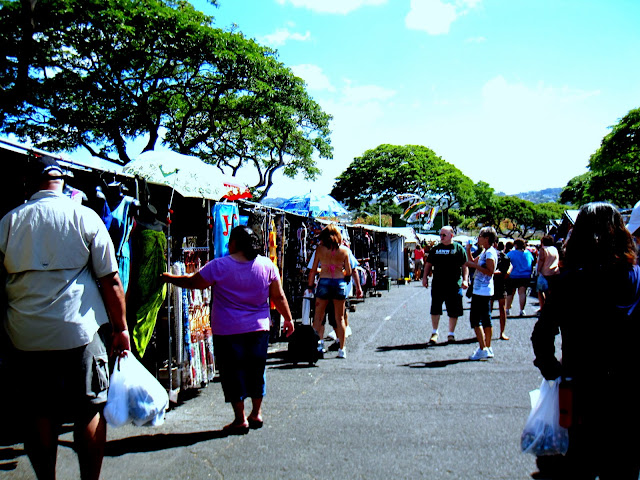 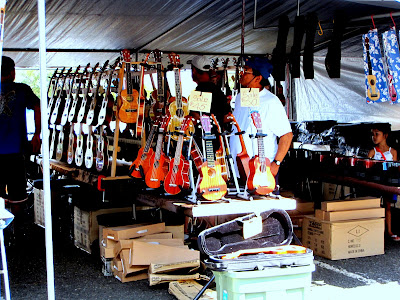 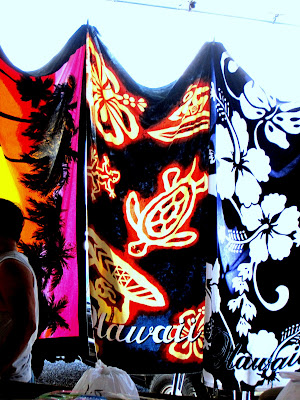 Dora, they had your same beach towel!
Our next stop was Pearl Harbor. 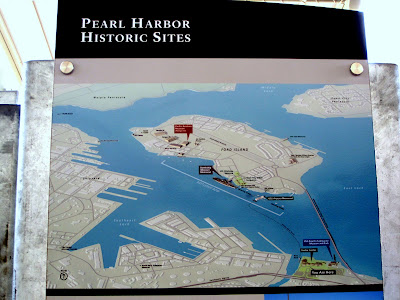 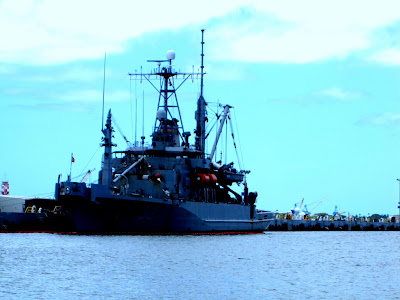 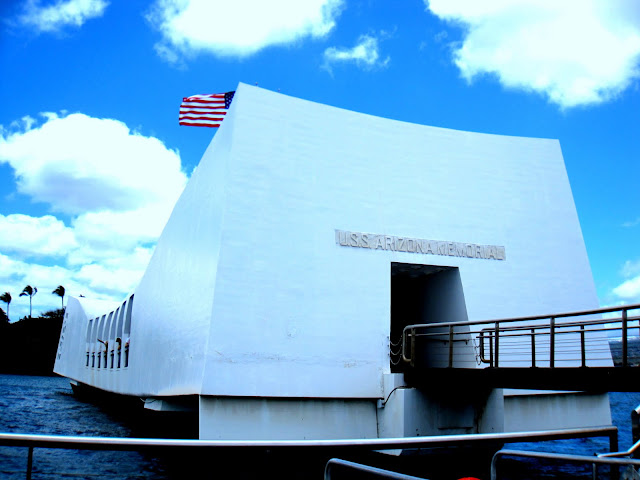 This is the USS Arizona Memorial. It is built above the sunken vessel and sailors who died to remind us of their sacrifice. 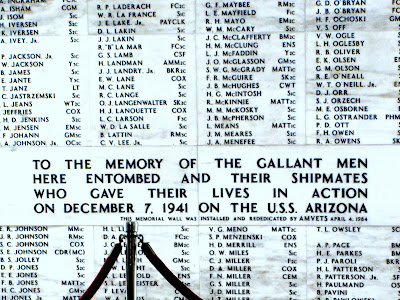 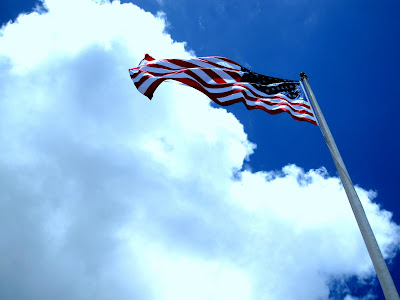 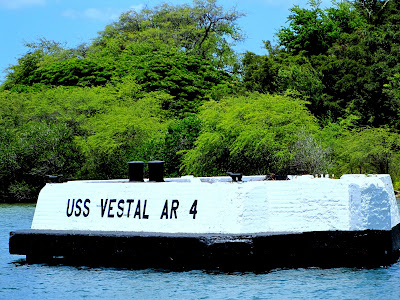 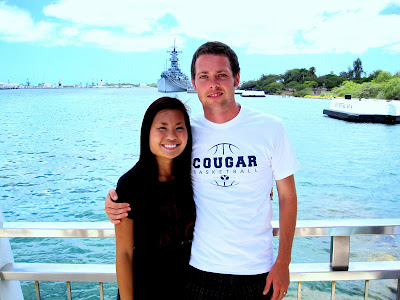 Next, we stopped at Wal Mart(which is really far away from Laie, so they stopped here so the students could do some quick shopping).


Finally, our last stop was Matsumoto Shaved Ice. This is a really famous place to get shaved ice on the north shore. The line was insanely long, but it was well worth it. We got a large mango/passion fruit/tangerine flavored snow cone with ice cream on the bottom. It was the best snow cone I have ever had! 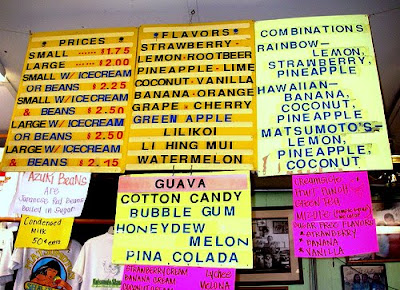 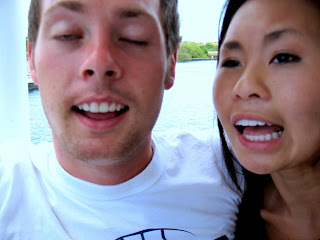 All I can say is WOW..it's so beautiful there! When can we come visit? All of us girls miss you at work. Today is Mercedez last day. Sad. She would like an invite to your blog too...she's thinking about starting her own blog.

You have worked nicely with your insights.blue cave from split Lots of valuable data can be taken from your article. Genuinely it is a significant article for us.

You are providing good knowledge. It is really helpful and factual information for us and everyone to increase knowledge. Continue sharing your data. Thank you. Egypt Tours Packages from USA