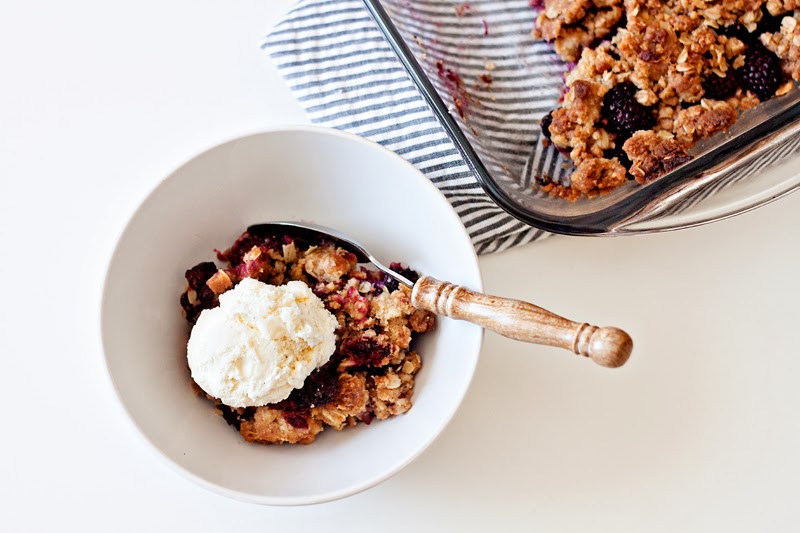 This recipe is a family favorite.  My mother-in-law would make this for us during the summers that we lived with them.  Instead of using blackberries she would use rhubarb.  It was the most heavenly dessert I had ever had.  The best thing about this recipe is you can substitute the rhubarb for a variety of different fruit.  I usually just use whatever happens to be in season at the time.  Right now it's blackberry season, so blackberry crisp it is!

Mix ingredients together in a large bowl.
Press 1/2 of mixture into a 9x13 pan.
Add 4 cups chopped rhubarb, or fruit over the base.
Top with rest of crumbs.
Bake at 350 degrees for 45-60 minutes.

Great with cherries, peaches, raspberries, or any kind of berry.
Posted by Christal at 10:11 AM

Email ThisBlogThis!Share to TwitterShare to FacebookShare to Pinterest
Labels: Bridge Cookbook, In the Kitchen