We had a blast this weekend at ward camp. Daniel and I really have the BEST ward ever. We have met so many great people and have made a lot of awesome friends.
We camped out at Hukilau Beach. 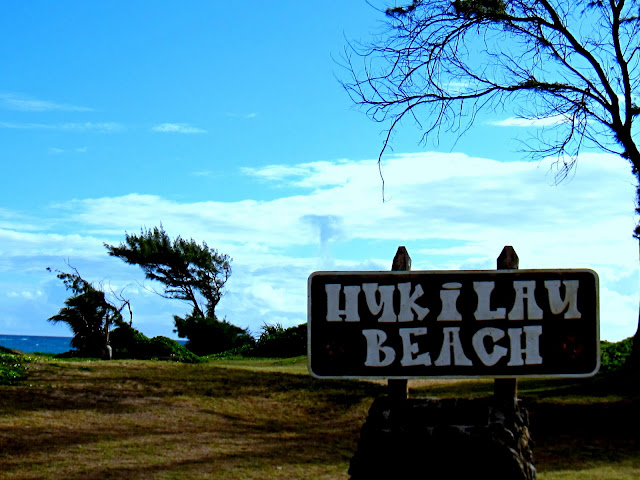 Let me just tell you...camping on the beach in Hawaii is quite the experience. It is so warm at night, we didn't even need any blankets. It was great. Also, falling asleep to the sound of the ocean in the background is so relaxing.
I highly recommend it.
Imagine waking up to this... 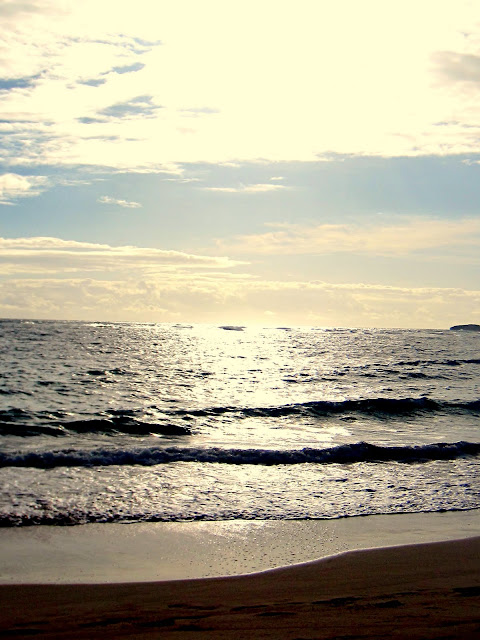 I woke up extra early Friday morning, hoping to catch the sunrise, but I barely missed it. Darn. But I still got some good pics. 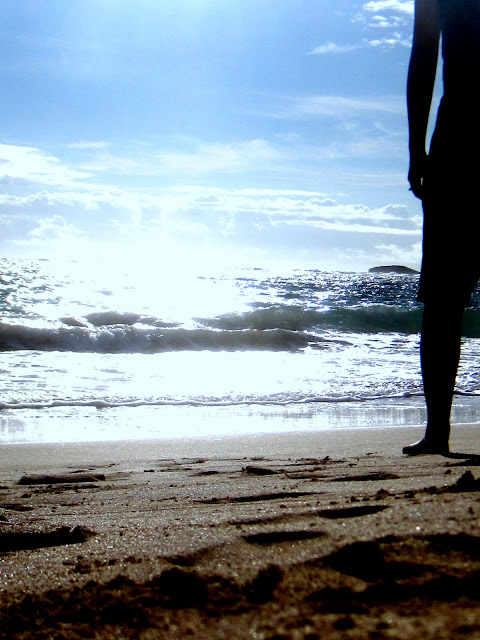 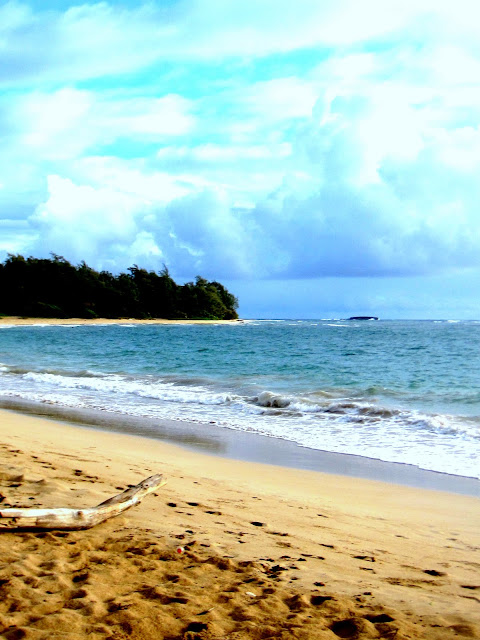 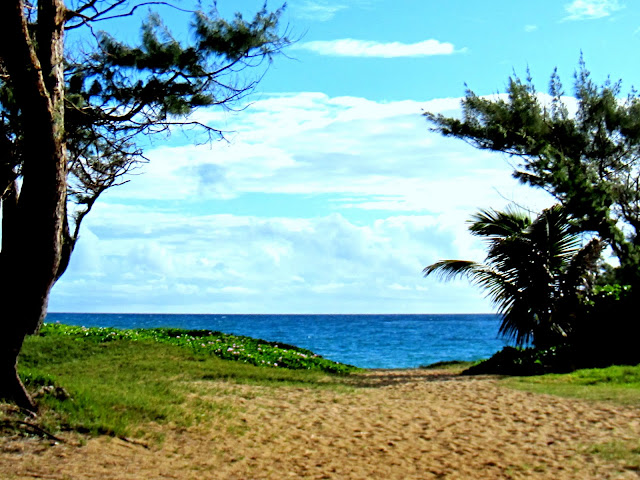 We had a great time playing games, watching movies on the projector, going to the beach, hanging out with our friends, and eating LOTS of food.
Soccer on the beach was a big hit.
We watched the boys play. 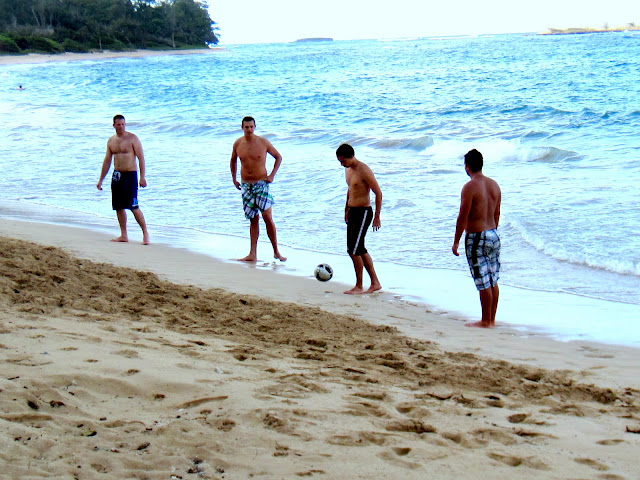 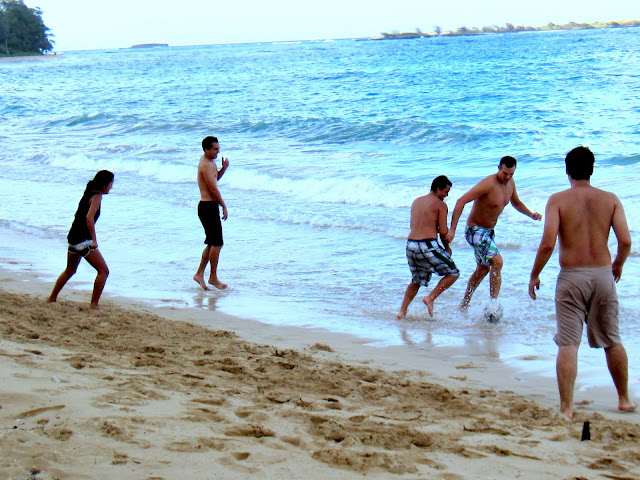 Here are the cheerleaders: 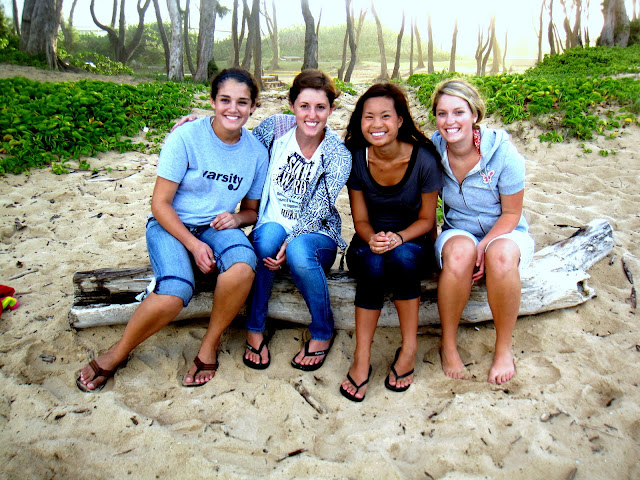 Daniel was a cheerleader too.
Poor Daniel forgot his swim suit. 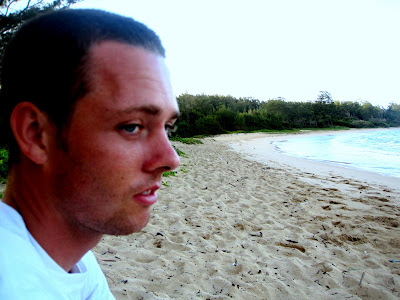 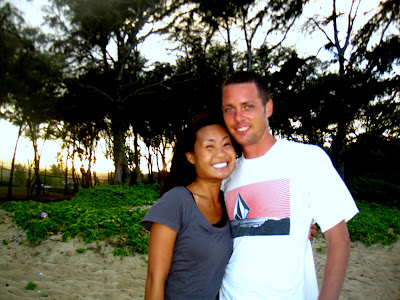 Later that night we had a
coconut shaving contest.
It's a lot harder than it looks! 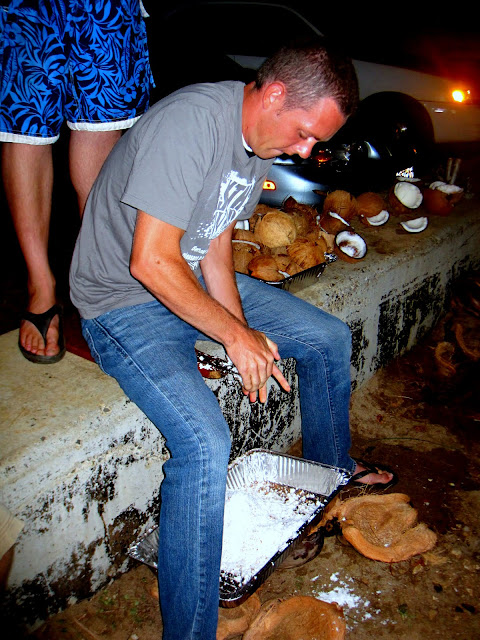 Daniel shaved his coconut in 2 minutes and 38 seconds.
He got one of the best times for a non-Polynesian.
Six of us girls took turns shaving one coconut. 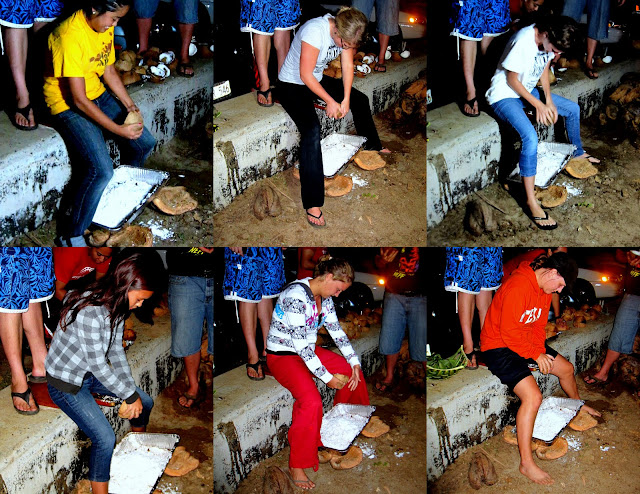 It took us 9 minutes and 40 seconds all together.
Not bad right? ;)
Dolly dominated all of us.
Fortunately, Poly's don't count in the competition, or we would all lose terribly.
Here's the video I took of Dolly:
She shaved that coconut in 18 seconds!
Holy Smokes! 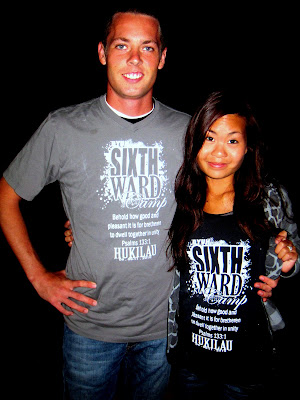 I LOVE your beach pictures, they are amazing!! What kind of camera do you use?

Gorgeous pictures! You guys really are living in paradise!!

p.s. this is kassidi