After we left Texas we had a week of vacationing before we moved to Hawaii. We spent a few days in Montana, a few days in Canada, and a few days in Seattle. I guess you could call us world travelers. ;) 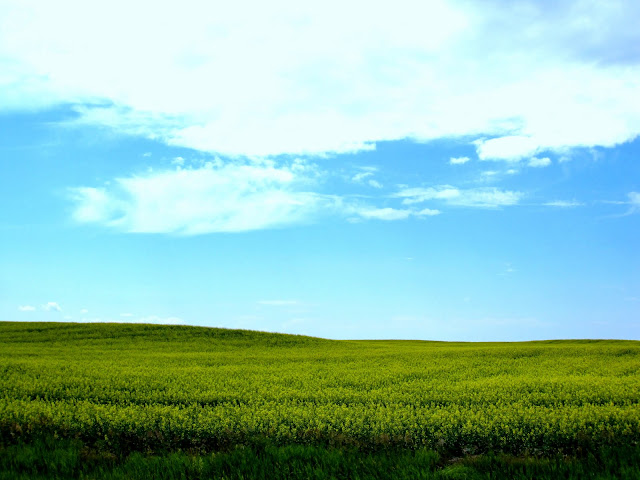 I don't have a picture of Canada, but here's a picture of the adorable Aspen(Daniel's cousin's daughter) who lives in Canada. We stayed with them (Tatum & Jessie) for a few days while we were there. 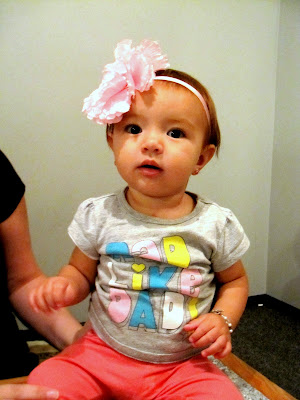 This was the main part of our trip.
We loved it. 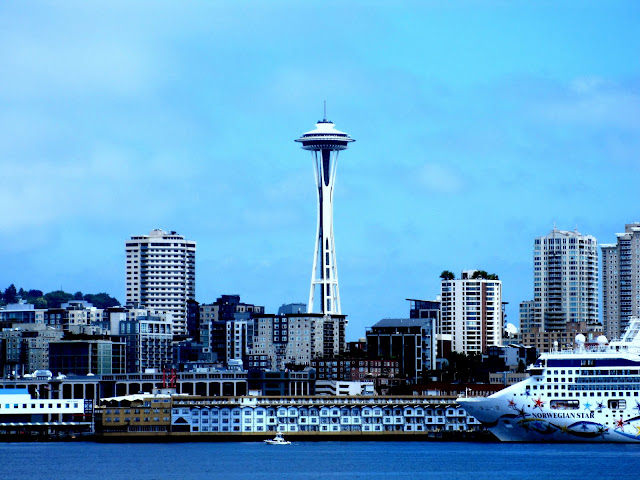 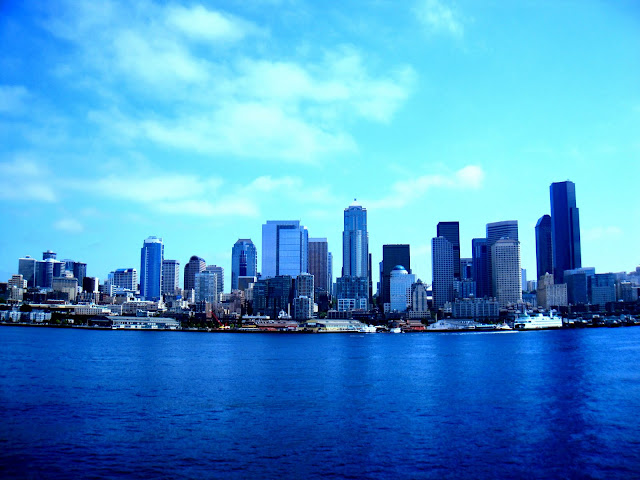 For those of you who claim to be sea food lovers, I'd like to challenge that claim. Until you have eaten at the Crab Pot in Seattle your claims are hollow. One ten foot strip of wax paper becomes the plate for the entire table. They dump your order onto the table from big metal bowls. We ordered two kinds of crab, muscles, oysters, unshelled shrimp, sausage, corn on the cob, and potatoes. Your utensils are a crab fork, a wooden mallet and a plank of wood.  AMAZING!  (This was written by Daniel)
Before 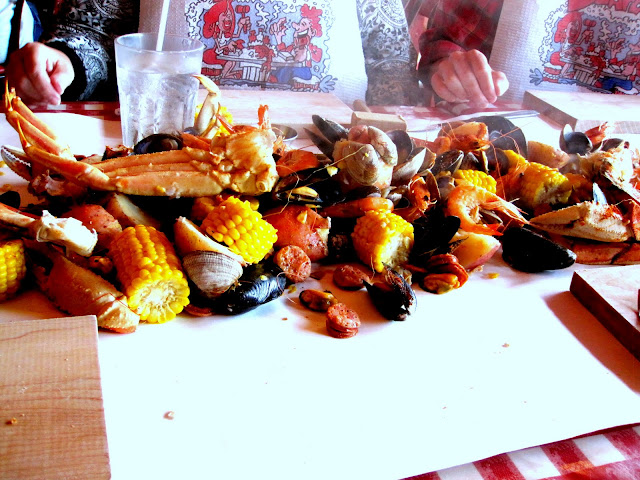 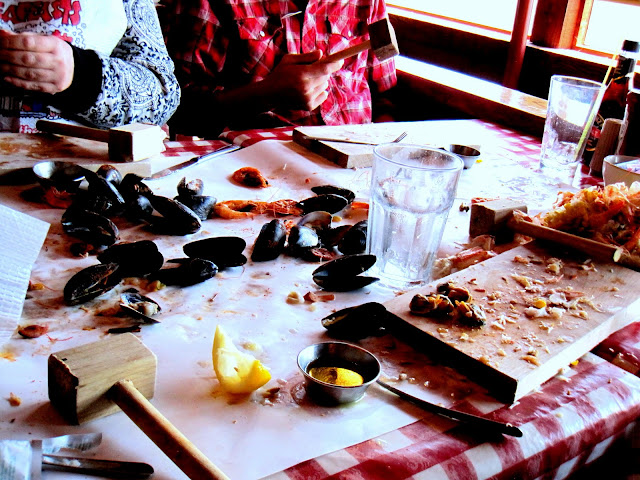 Oh baby, that was the best seafood ever.


The Lake House
Daniel's aunt Kim owns an adorable lake house in western Washington. She was so nice to let us stay there. We had the most amazing time relaxing, canoeing, kayaking, fishing, swimming, and spending time with family. 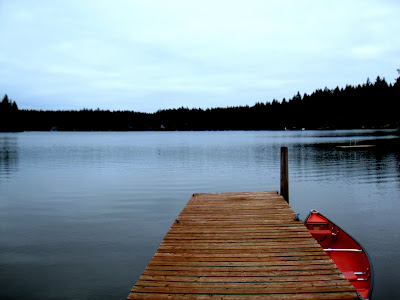 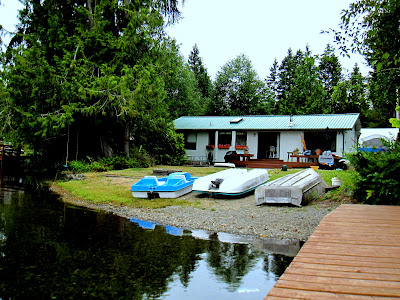 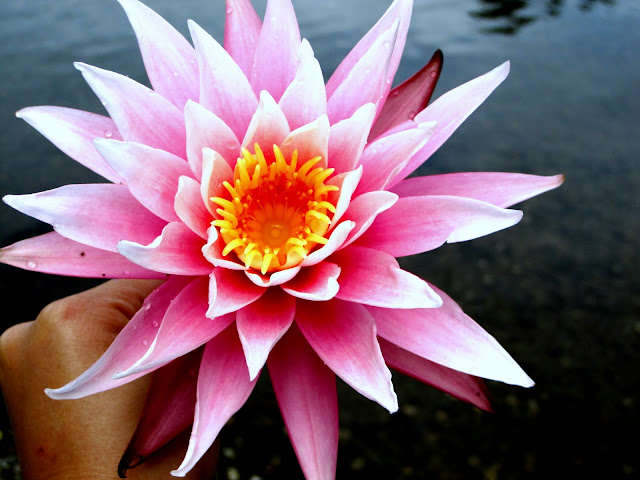 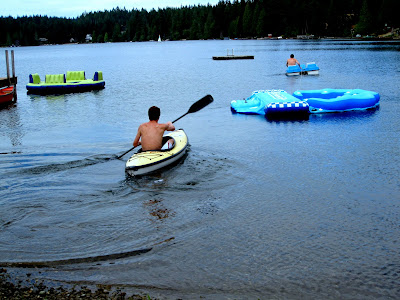 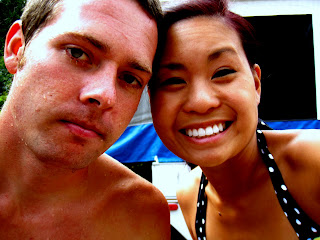 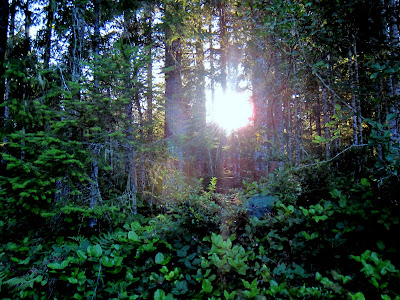 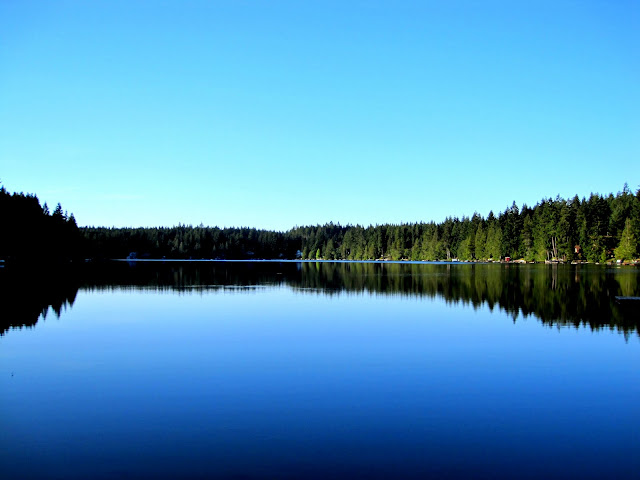 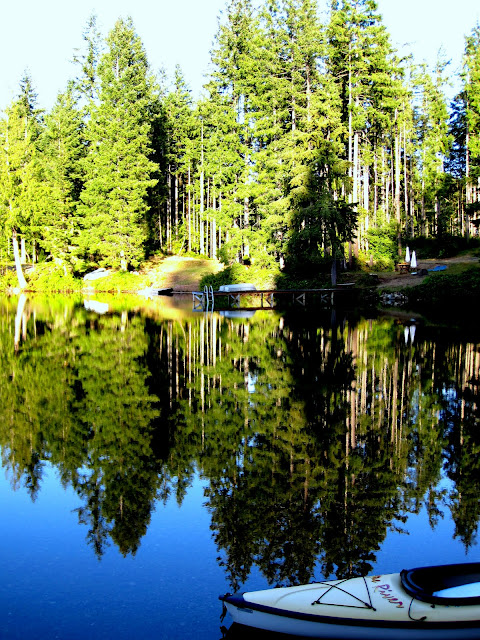 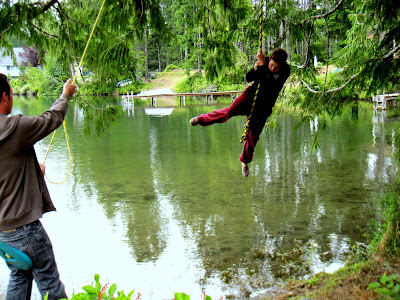 One day, while I was laying out on a float on the lake, Daniel and Connor decided that it would be hilarious to throw a bunch of nasty, slimy, brown newts at me. One actually hit the back of my head! It scared me so bad, causing me to fall backwards into the water. I was freaking out, perhaps overreacting a bit. They thought it was quite funny. You probably would have thought so too if you were there. Thanks a lot guys...
Posted by Christal at 7:13 PM

Evidently you were born to blog. This is so cute! I love reliving the days that we were together and actually do enjoy picturing your travel days as well, even though I was not a part of them. :( Keep it up!

PS-The key to Daniel's heart is no secret!